Alexandrina Maria da Costa (1904 –1955), best known as Blessed Alexandrina of Balazar, was a Portuguese mystic and victim soul.  On 25 April 2004 she was declared blessed by John Paul 11 who stated that “her secret to holiness was love for Christ”.

Blessed Alexandrina de Costa was born on 30 March 1904, in Balazar, Portugal. She had only eighteen months’ schooling before being sent to work on a farm at the age of nine. In her teens she started to work in Balazar as a seamstress along with her sister.

Alexandrina said that when she went with other girls to the countryside, she picked flowers that she later used to make flower carpets to the Church of Our Lady of Sorrows.  One day, she started bleeding from her head, due to a crown of spines.  Jesus spoke to her and called her Alexandrina of Sorrows.

At 14 years old, in March 1918 an incident changed her life. Her former employer along with three other men tried to break into her room. To escape them, Alexandrina jumped 13 feet down from a window, barely surviving. Her spine was broken from the fall. Until age 19, Alexandrina was still able to “drag herself” to church where, hunched over, she would remain in prayer, to the great amazement of the parishioners. During the early years, Alexandrina asked the Blessed Mother for the grace of a cure. She suffered gradual paralysis that confined her to bed from 1925 onward. She remained bed-ridden for about 30 years.

The parish priest lent her a statue of the Immaculate Heart of Mary for the month of May. She asked for a little altar to be fixed to the wall by her bed where it was graced with the statue of Our Lady of Fatima and decorated with flowers and candles.

In June 1938, based on the request of Alexandrina’s confessor, Father Mariano Pinho SJ, several bishops from Portugal wrote to Pope Pius X1 asking him to consecrate the world to the Immaculate Heart of Mary.

This request was renewed several times until 1941, in which the Holy See asked three times more information about Alexandrina to the Archbishop of Braga. At that time, Cardinal Eugenio Pacelli (later Pope Pius XII) was the secretary of the state of the Vatican, and he later performed the consecration of the world.  The Holy See recognized the relation of Alexandrina Maria da Costa with the act of the World Consecration to the Immaculate Heart of Mary in an article about her life and virtues.

After December 1938, she corresponded regularly with Sister Lucia.

Living on the Eucharist alone.

According to her Vatican biography, from March 1942, for about 13 years until her death, she received no food except for the Holy Eucharist, and her weight dropped to approximately 73 pounds. She examined by medical doctors, with no conclusion.

Based on the advice of a priest, her sister kept a diary of Alexandrina’s words and mystical experiences. According to her Vatican autobiography Jesus spoke to her, at one point saying: “You will very rarely receive consolation… I want that while your heart filled with suffering, on your lips there a smile”. In 1944, she joined the “Union of Salesian Cooperators”, offering her suffering for the salvation of souls and for the sanctification of youth.

Based on her request, the following words written on her tombstone:

“Sinners, if the dust of my body can be of help to save you, come close, walk over it, kick it around until it disappears. But never sin again: do not offend Jesus anymore! Sinners, how much I want to tell you…. Do not risk losing Jesus for all eternity, for he is so good. Enough with sin. Love Jesus, love him!”.

The Irish Blessings oils dedicated to the Holy Spirit, Our Lady and the saints. The oils come through prayer.  They placed on their designated altars for a period of prayer before sent out. The oils are of therapeutic grade. 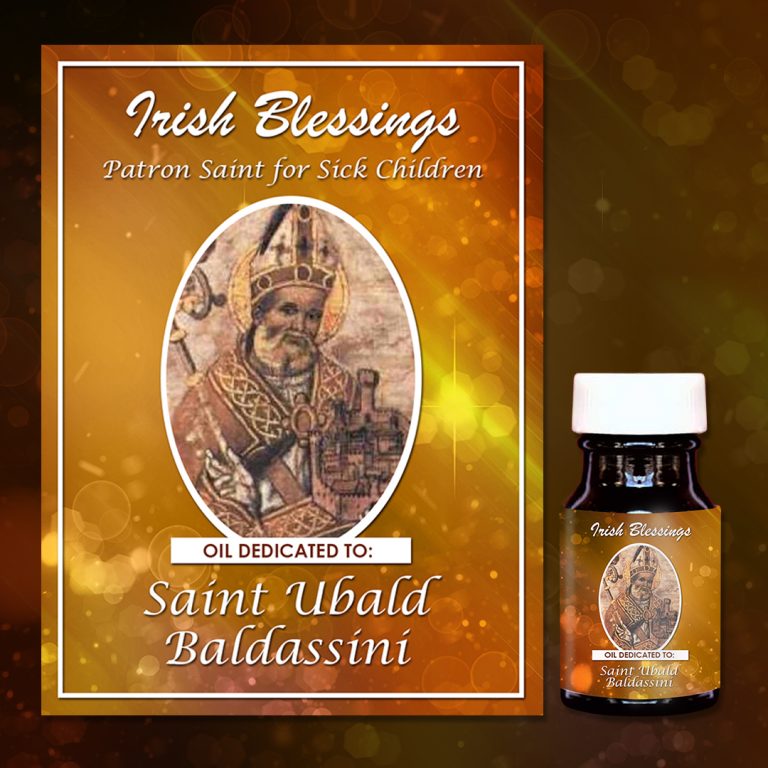 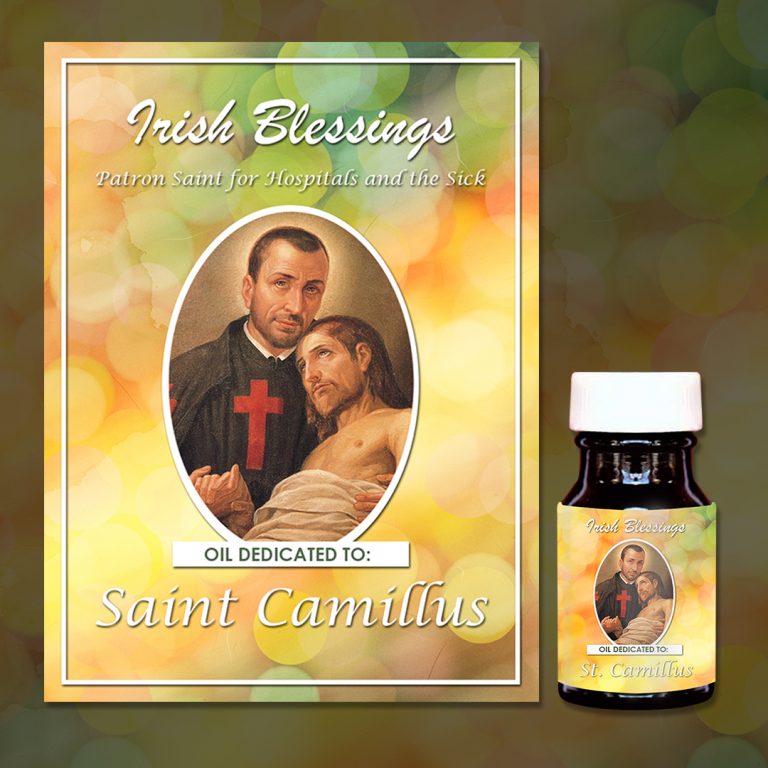 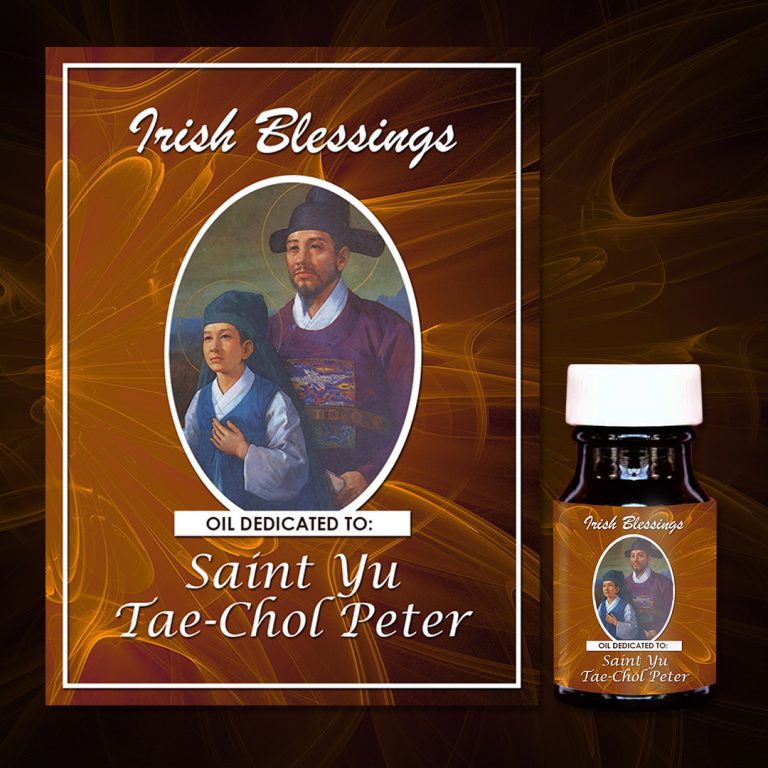 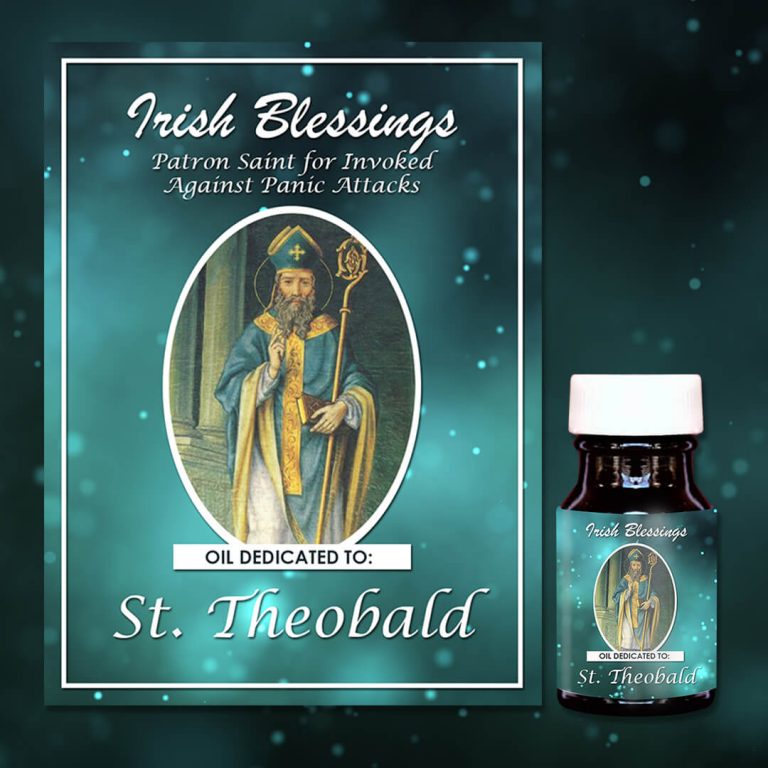