A popular saint about whom little known.  Agnes said to have a beautiful, wealthy Roman maiden who had, in childhood, dedicated herself to God.

A popular saint about whom little known.  Agnes said to have a beautiful, wealthy Roman maiden who had, in childhood, dedicated herself to God. Some say that a rejected suitor betrayed her to authorities. However, others say that she asked at 13 to sacrifice to the gods and marry, both of which she refused. Legends tell of her thrown into a brothel, where her purity miraculously preserved. Having escaped that fate, she martyred. In the IV Century, Constantia, the daughter of Constantine, built a basilica on the site of her tomb. St. Ambrose wrote about Agnes in De virginitate, and Damasus I wrote an epitaph for her. Prudentius composed a hymn in her honor. Her emblem in art the lamb because of the similarity between her name and the Latin word for lamb, agnus.

The tradition of anointing with sacred oil very old indeed. It used in sacraments and also as a devotional practice. The sick person applies the oil and blesses themselves.  As they do so, they are asked to pray to whomever the oil is dedicated to. The Irish blessings oils do not have miraculous power.  It is God who has the power to heal.  Applying the oil while praying are important ways for us to express our faith in God’s power. Moreover, by doing so we place our trust in God.

The Irish Blessings oils are dedicated to the Holy Spirit, Our Lady and the saints. The oils come through prayer.  They are placed on their designated altars for a period of prayer before being sent out.  The oils are of therapeutic grade.
The oil presented on a prayer cloth enclosed in a card.  The small card goes out with the larger card that has the prayer for healing on the inside.  The cards are personalised for the saint to whom the oil idedicated to. 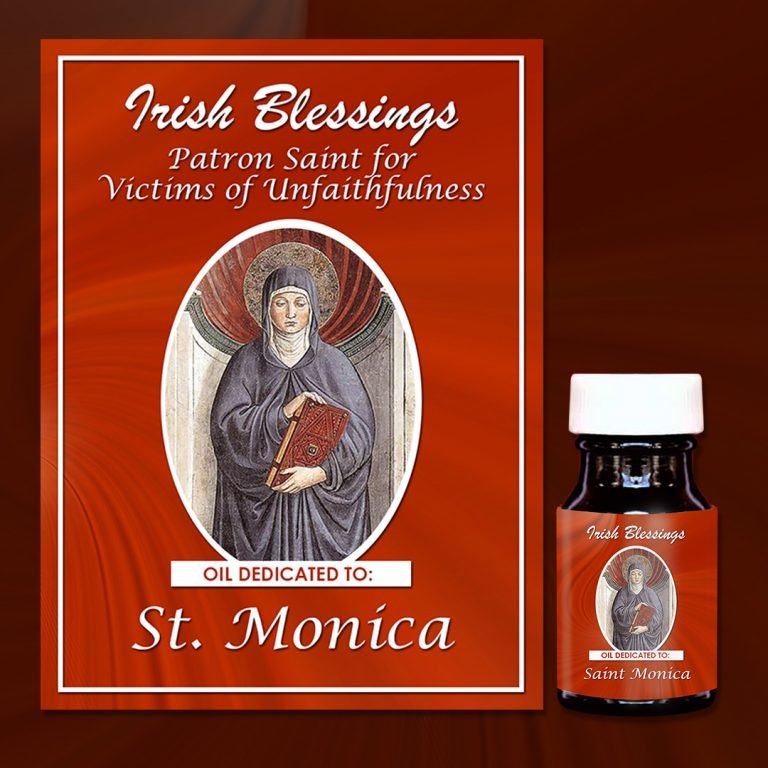 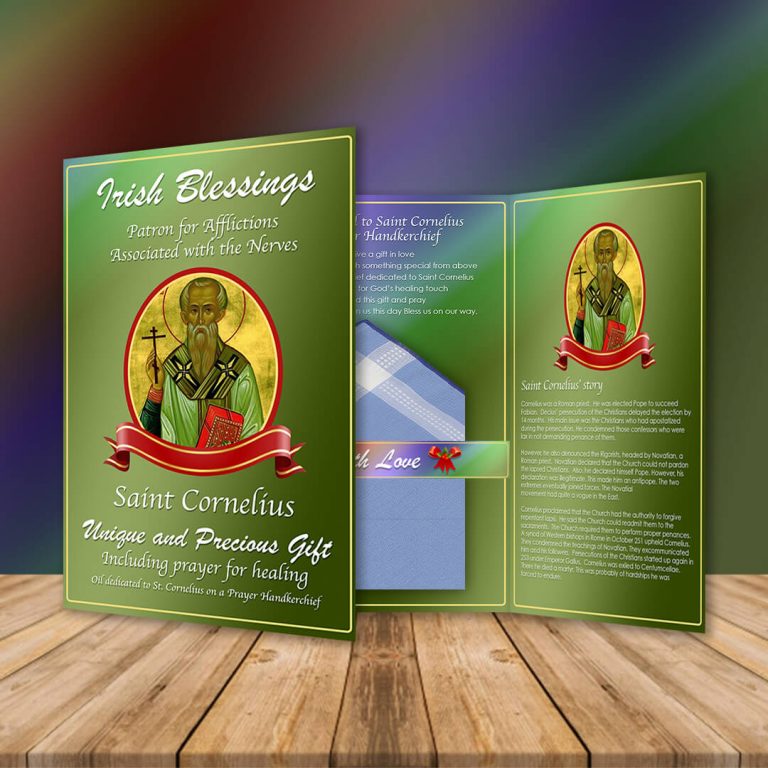 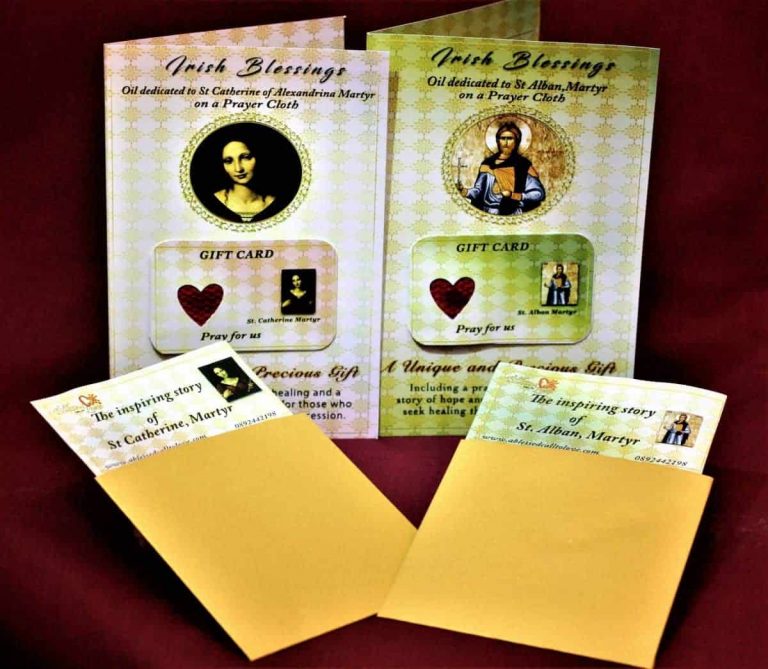 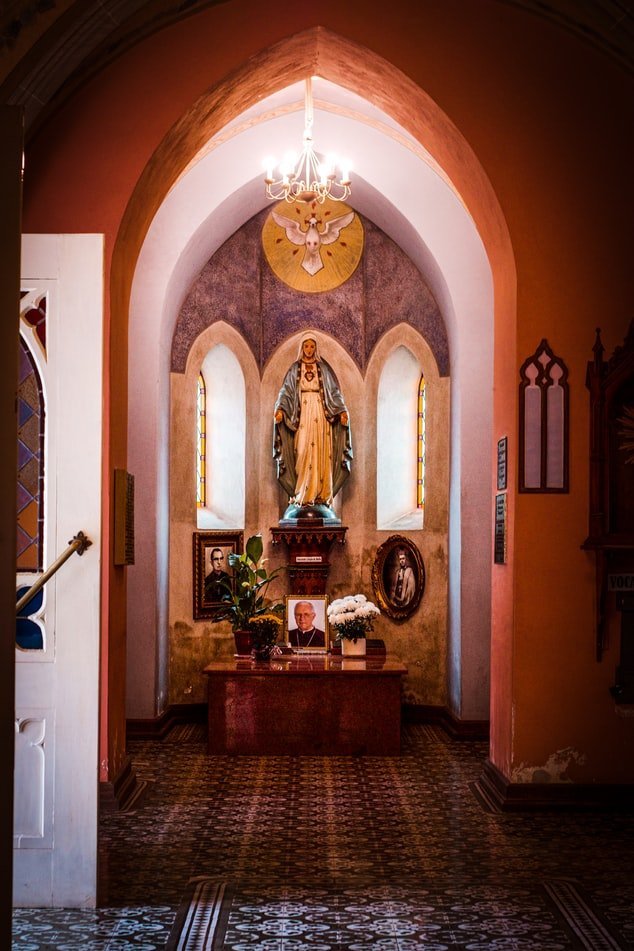 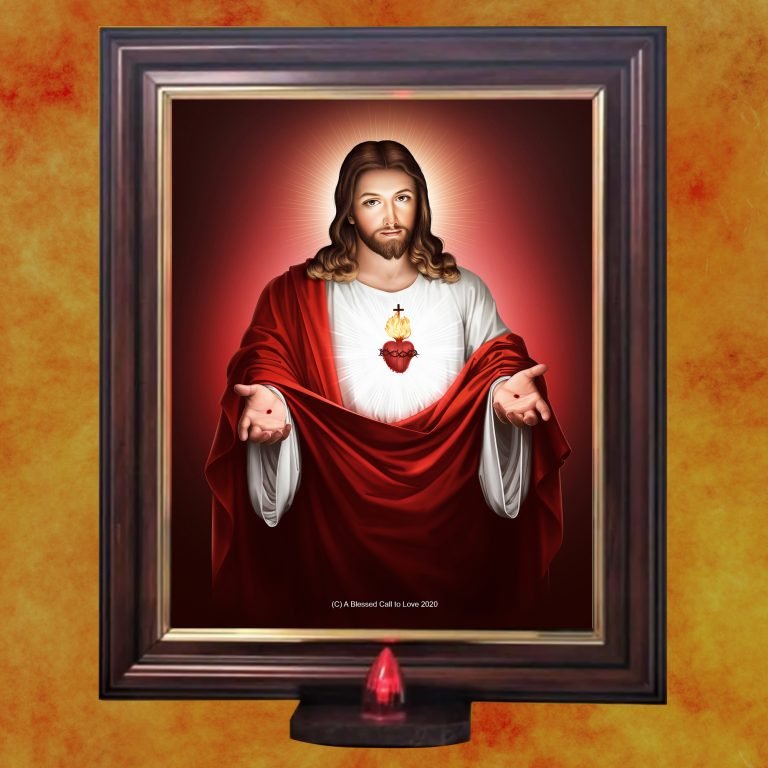 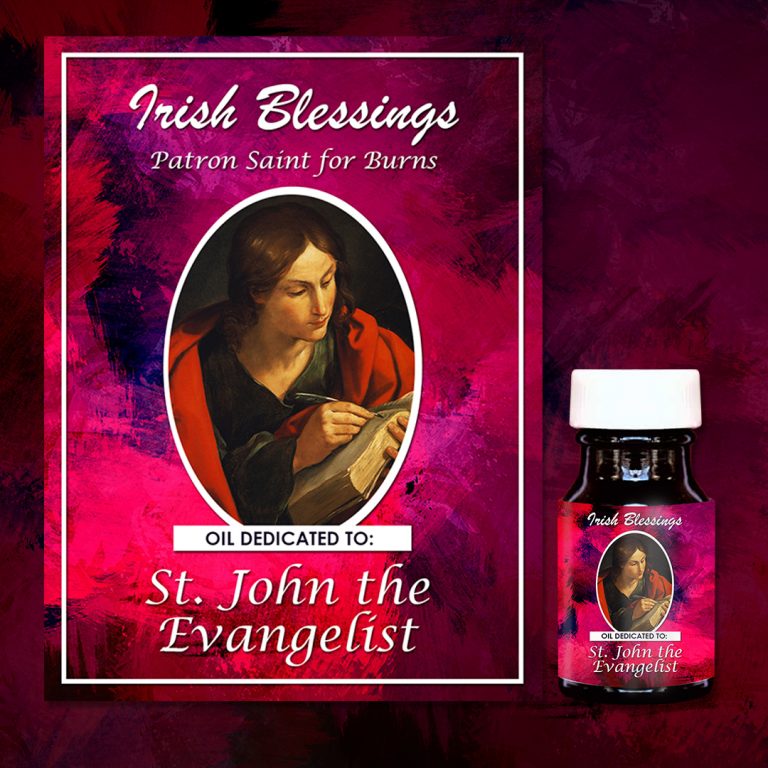 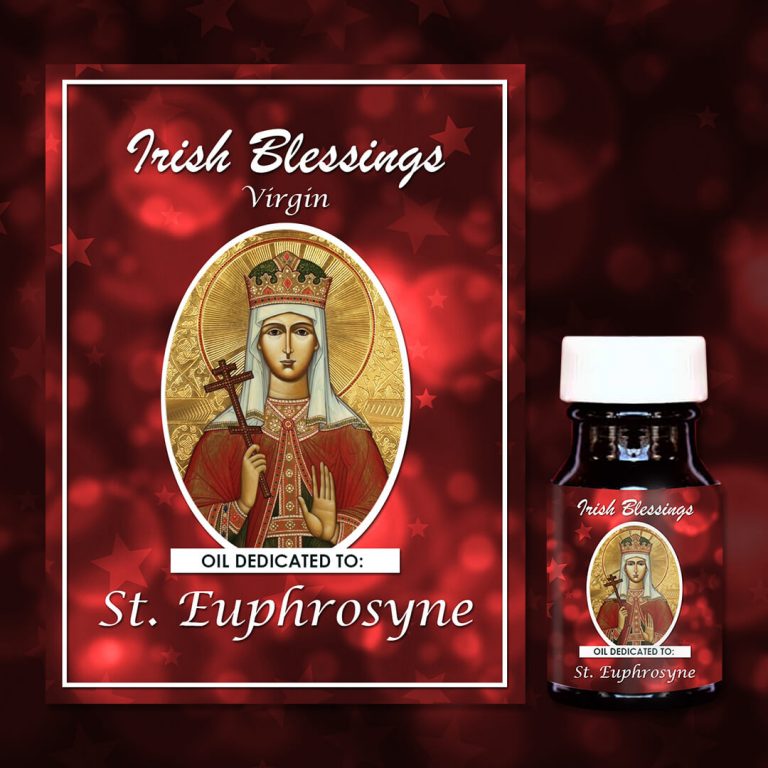 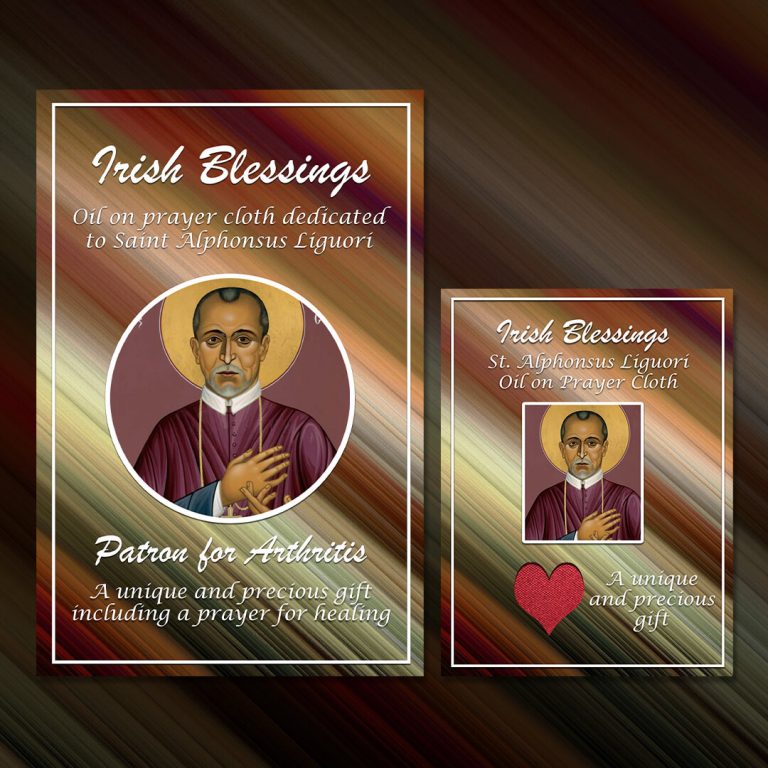