The St Martin of Tours healing oil 1 is dedicated to the Hungarian saint born around 330 AD. His father was a high-ranking officer in the Imperial Horse Guard. Martin and his family went with his father when he was assigned to a post, in Northern Italy. It is here that Martin would grow up.

The St Martin of Tours healing oil 1 is dedicated to the Hungarian saint born around 330 AD. His father was a high-ranking officer in the Imperial Horse Guard. Martin and his family went with his father when he was assigned to a post, in Northern Italy. It is here that Martin would grow up.

Just before Martin was born, Christianity was legalized in the Roman Empire.  The bloody persecution of Christians soon came to an end. The Gospel message flourished in ancient Rome, transforming the empire. Martin’s parents were pagans. At the age of 10, Martin chose to become a Christian.

At the age of fifteen, Martin was required to follow his father into the cavalry corps of the Roman military. By the time he was 18, Martin is believed to have served in Gaul.  Scholars think he served as part of the emperor’s guard.

As a young soldier, Martin encountered a beggar in Amiens. The beggar was unclothed and it was very cold. Martin removed his cloak and with his sword, he cut it in half. He gave this half to the beggar and dressed himself in the remnant. That night, Martin had a vision in which Christ appeared to him. The vision spoke to him, “Martin, a mere catechumen has clothed me.” A catechumen is one who is being instructed in the Christian faith.

At the age of 20 Martin informed his superiors that he would no longer fight, following his formed Christian conscience. He refused his pay prior to a battle and announced he would not join in the combat. He became the first recognized conscientious objector in recorded history. His superiors accused him of cowardice and ordered that he be imprisoned. Martin offered to demonstrate his sincerity by going into battle unarmed. This was seen as an acceptable alternative to jailing him, but before the battle could occur, the opposing army agreed to a truce and no conflict took place. Martin was subsequently released from military service.

He traveled to Tours where he began studying under Hilary of Poitiers, who is now recognized as a doctor of the Church. Martin’s studies lasted until Hilary was forced into temporary exile, likely because of his refusal to participate in a political dispute.

After bringing his mother to the Church, Martin then turned to confronting a growing heresy which was afflicting the faithful and sowing confusion. He became involved in countering the Arian heresy, which denied the divinity of Jesus Christ. The reaction against him was so violent from the Arian leaders that he was compelled to flee. Martin took up residence on an island in the Adriatic where he lived as a hermit for a time.

Martin’s teacher Hilary returned to Tours from temporary exile in 361 so Martin traveled there to work and study. Hilary gave Martin a small grant of land where he and his disciples lived.

Martin established a monastery which would be inhabited by the Benedictines.  The abbey remains to this day. From the site of his abbey, Martin worked to bring people to faith in Jesus Christ.

In 371, the city of Tours needed a new bishop and the people decided to call Martin to the office. Martin did not want the job so the people decided to trick him into the office. The people insisted he was needed to administer to someone sick, so he came out as quickly as he could. He did not even bother to improve his appearance. When he learned it was a trick to make him a bishop, Martin actually tried to hide. He was quickly discovered and the people called him forward to be ordained to the office of Bishop. Even though he did not really want the office, he was ordained – and he became a holy and hardworking Bishop.

Martin longed for more prayer and wanted to pursue a monastic life. In the year 372 Martin established an abbey at Marmoutier so he could retreat there and live as a monk with the many disciples he had attracted.

In the following years, a heresy broke out in the church. An aesthetic sect called the Priscillianists after their leader, Priscillian, had developed in Spain and Gaul. The First Council of Saragossa condemned the heresy, but the Priscillians did not change their practices. This prompted one bishop, Ithacius of Ossonoba to petition the Roman Emperor Magnus Maximus to put him to death. Martin was opposed to the sentence of death, and was joined by Bishop Ambrose of Milan in his opposition.  He traveled to Trier where the Emperor held court. Martin was able to persuade the Emperor to refrain from putting Priscillian and his followers to death. However, after Martin left, Ithacius persuaded the Emperor to change his mind again and Priscillian and his followers were executed in 385.

Martin was so upset by Ithacius, he refused to communicate with his fellow bishop until the Emperor pressured him to resume communicating with his colleague.

Martin died in Candes-Saint-Martin, Gaul in 397.

The Hagiographer Sulpicius Severus, knew Martin personally and wrote about his life. Many miracles and the casting out of demons were attributed to Martin during his lifetime. According to one account, Martin, while trying to win Druids to follow Jesus Christ and renounce their pagan beliefs, was dared to stand in the path of a sacred tree that was being felled. Martin agreed and was missed by the falling pine, although standing right in its path. This was widely seen as miraculous and a symbol that the message he proclaimed about Jesus Christ was true. Many were converted to the Christian faith.

Saint Martin is the patron of the poor, soldiers, conscientious objectors, tailors, and winemakers. Many locations across Europe have also been placed under his patronage. His feast is on November 11. He commonly appears on horseback and is shown cutting his cloak in half with a sword.

Get your St Martin of Tours healing oil 1 here at A Blessed Call to love, Ireland. 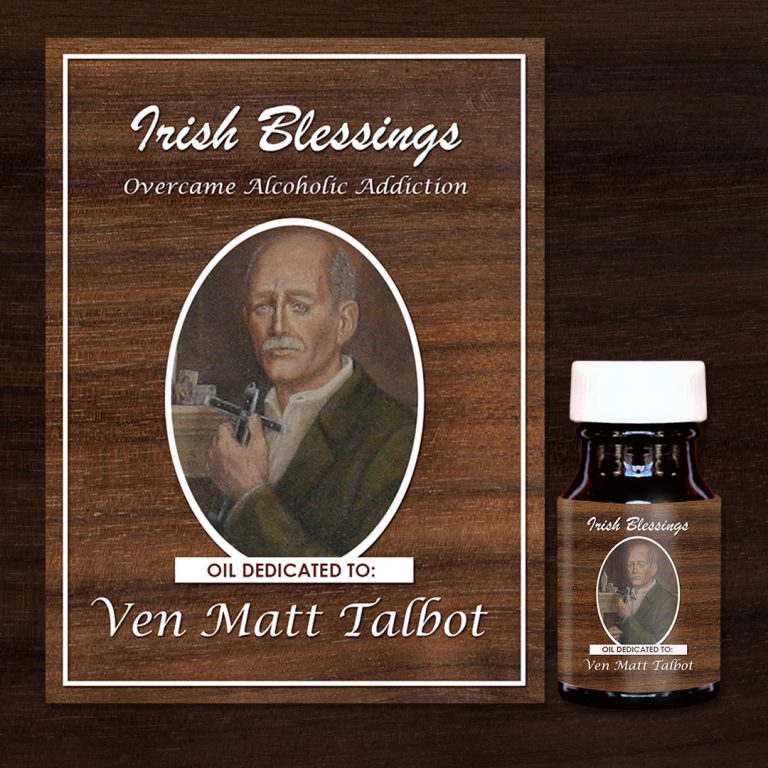 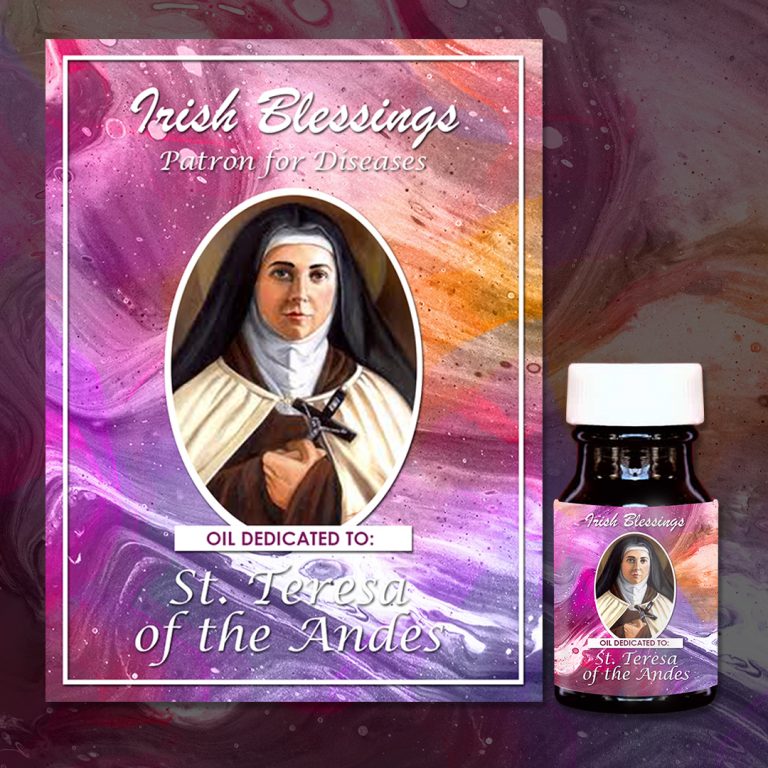 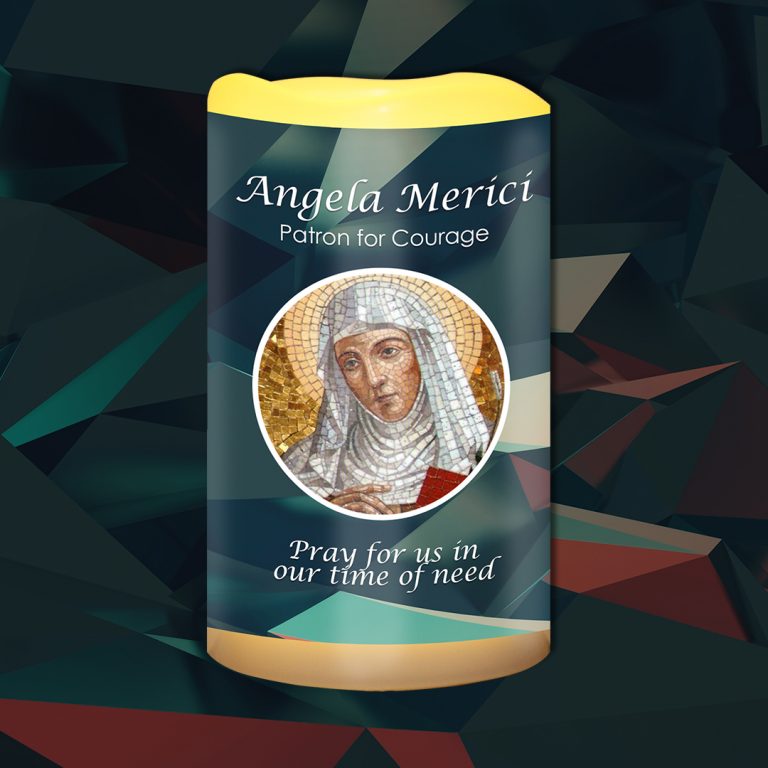 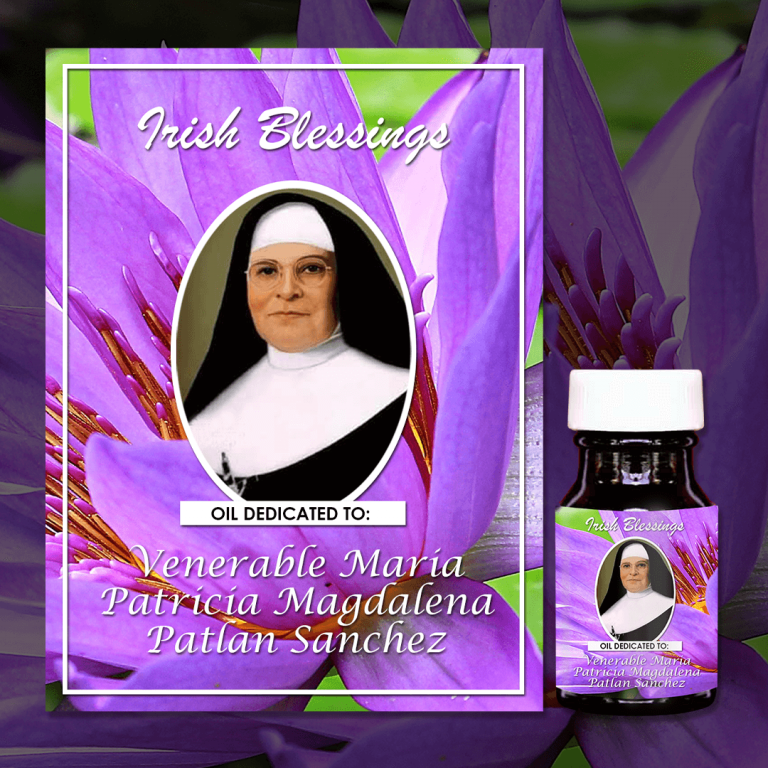 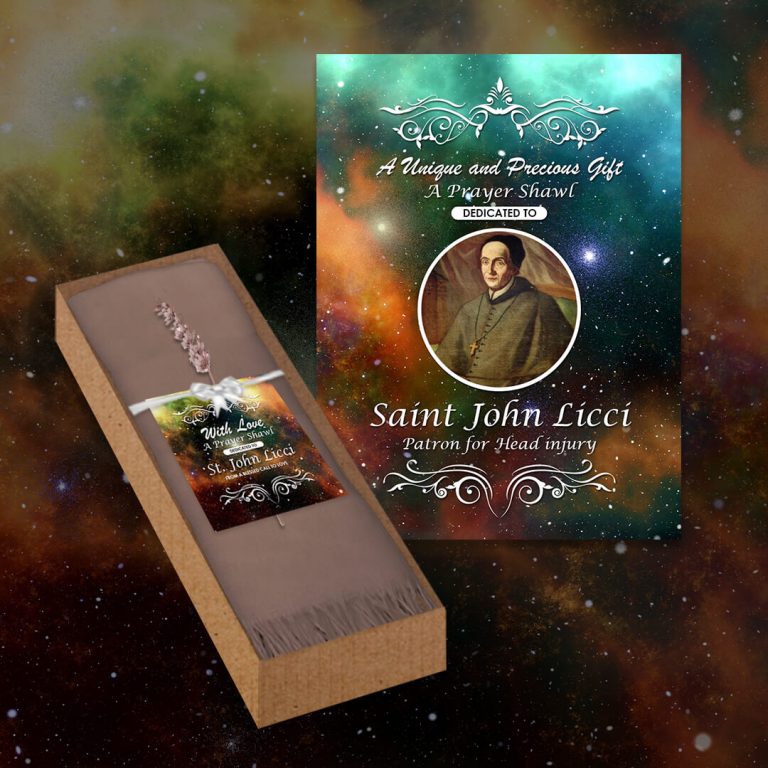 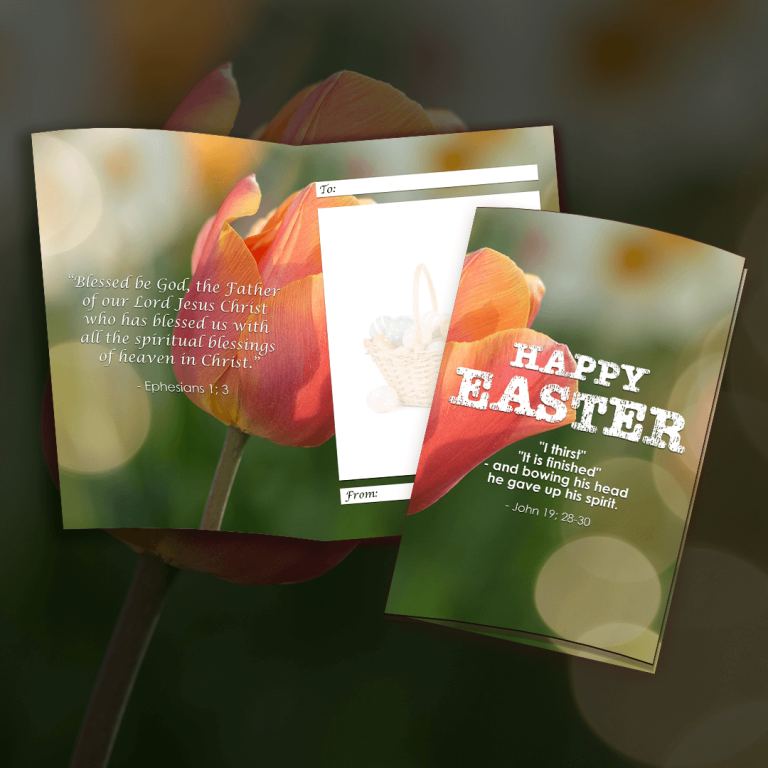 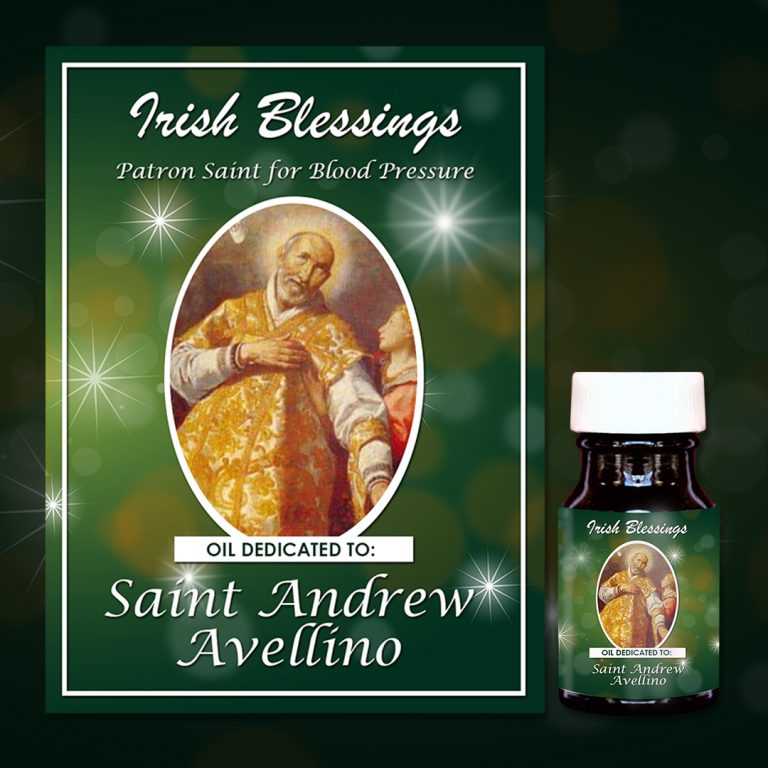